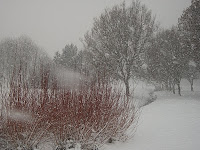 Unless I win a massive publishing deal or a major competition I probably shan't blog again this side of Christmas. 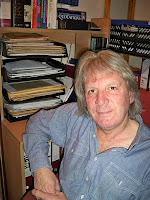 Today I am delighted to welcome David Howarth to the blog.

From Park Publications in the Cotswolds, David produces three small press magazines. Scribble and Debut focus on fiction, while Countryside Tales also includes articles and poetry on a rural theme. All three magazines offer opportunities for writers to have their work published, and there are prizes to be won in a range of competitions throughout the year.

David has kindly agreed to answer a few questions, and I began by asking...

What inspired you to set up Park Publications?

I had been writing short stories for many years and, despite some fairly good financial rewards, I got fed up with writing for the women's magazines and started to look for outlets that accepted general fiction. Good quality short story magazines seemed fairly thin on the ground; most of the small press publications were special interest such as horror or sci-fi, etc. I began to think that there must be other writers in the same position. So I launched Scribble. This really took off after a few months and I was soon getting more material than I could hope to use. The first issues were only 48 pages but this has increased to its current 60 pages. Interest has continued to grow and it is still our most popular magazine.

What are the things you most enjoy about running a small press?

The satisfaction of seeing the finished magazines and knowing that I am going to make some writer's day by including their work in one of the magazines. It is particularly satisfying when we publish someone's work for the first time. I also get a real buzz from reading all the submissions we receive and the letters I get from writers saying how much the magazines have inspired them. The hard part is rejecting a writer's work when it is obvious that they have spent many hours on it. One of the reasons I started Debut was to give newer writers a bit more of a chance and also to enable me to offer critiques on unsuitable material. Sometimes a story only needs a small tweak to get it to publishable standard, but unless an editor is prepared to offer advice a writer may go on making the same mistakes.

Roughly how many submissions a year do you receive across the three magazines?

For general magazine submissions the following is a rough guide. This is in addition to the open competitions.

In the years since you founded Park Publication, have you noticed any particular trends in the quality, style or subject matter of material submitted?

The quality has definitely improved over the years; this is possibly because writers are continually discovering the magazines. Styles and subject matters are always changing with the times: for instance we get more stories featuring gay/lesbian plot lines than when we first started. We get a lot more contemporary stories with a romantic theme nowadays and there seems to be a shortage of crime fiction (oops, perhaps I shouldn't have said that!). Perhaps that is because there seems to be a much larger proportion of submissions from women writers now?

Whether it is a short story, a poem or an article, what makes a submission stand out for you?

With short stories, I look for something different; something that stands out from the crowd. I like a crisp beginning that takes me straight into the story without too much waffle. I look for interesting characters that I can believe in and want to do well; and I like a satisfying (not necessarily happy) conclusion. Articles should entertain with interesting topics and personal thoughts; I don't like too many boring statistics unless they emphasise a point. I don't mind whether poems rhyme or not but they should 'flow' and sound good when read aloud.

Which authors do you like to read and why?

I like Thomas Hardy and George Eliot for their authenticity - they were actually seeing an England that has vanished. I like Stephen King for his quirky characters and Ian Rankin for his gripping story lines. I have also recently discovered Tess Gerritsen - a brilliant American crime novelist. I also like to read about the English countryside in bygone days - particularly books by the early naturalists such as Gilbert White and Richard Jefferies.

With three regular magazines in production, do you have any plans to expand further?

I think three is enough for now!

Thank you David for giving us this insight into your work. I am one of those writers whose first ever published story appeared in a Park Publications magazine (Countryside Tales, winter 2004). I can honestly say that it marked a turning point in my life, therefore I really appreciate the value of small press magazines such as these.

For full details of how to submit to Scribble, Countryside Tales, and Debut please see the Park Publications website.


An Important Update
October 2012: Please note that sadly David is no longer to publish Countryside Tales. Meanwhile, Debut has this year been amalgamated into Scribble. This means Scribble now has more pages for your lovely stories! It's a very hard climate for small press magazines these days, so it's great that David has found a way to continue giving newer writers this opportunity for publication.

A small "hurray" from me this week. The latest issue of 'Words With Jam' came out and I discovered I made it to the shortlist in their first annual short story competition. I was particularly pleased with this because the story I entered was one of those that arrived in my head out of nowhere. Even now I could not tell you what inspired it. Often I seem to do better with those types of stories than ones where the idea has been a long, slow struggle to figure out. Well done to the winners of the competition, whose stories are published in December's magazine (or I should say e-zine, as it is only available electronically).

If you haven't seen 'Words With Jam', subscription is free. All you have to do is go to the website and complete a short form, then you will receive an email with a link to the current issue. You can either read it online, or download it as a PDF. And in December's issue you have the chance to win a four day writing retreat in Cornwall. I love Cornwall! That's another one for my personal competitions calendar.
Posted by joanne fox at 07:41 15 comments: