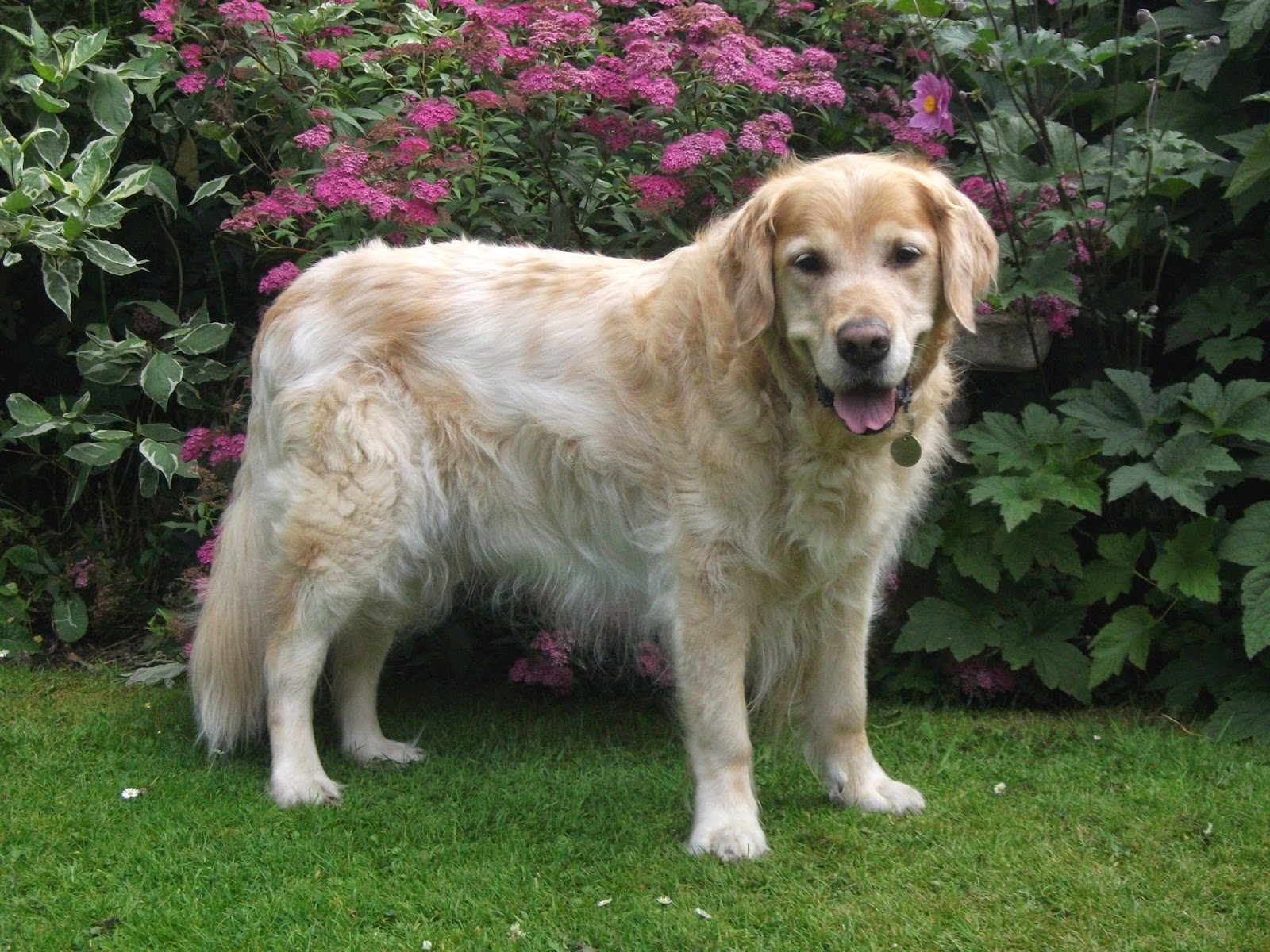 Mrs Boss says she's going to put me into a sponsored bark. She's figured out how to do it. One day, not so long ago, I wandered innocently into the dining room. Lo and behold, there was a new door in there. And standing inside this door was a golden retriever, about my size, but not as handsome.

The other dog barked at me. I barked back.

The other dog's hackles rose. So did mine.

The other dog growled, and snarled, and got fiercer and fiercer. So did I!

Then Mrs Boss ran down the stairs, asking where the burglars were. Burglars? There was only me - and the mystery dog, of course.

Then Mrs Boss picked up the new door - which wasn't a door at all! She said it was a full length mirror. She'd just bought it, on account of doing more dressmaking and needing to keep her hems straight. She said the other dog was only me reflected in the mirror. I didn't believe her. I'm much better looking than that other dog. But I had to admit I couldn't find that dog anywhere in the house. Not even a sniff of him.

Mrs Boss hid the mirror down the side of the bookcase. She says if she ever wants me to bark and bark and bark, she'll get it out again. And perhaps people could sponsor me to raise money for dogs who don't have nice gardens to dig up, or plenty of windfall apples to gorge themselves silly on.

So on Tuesday I was just having a little practice bark outside. I didn't think anyone would notice over the din of Mr Boss mowing the lawn. And then... silence. Mr Boss had run over the electric cable with the mower! And he had the nerve to blame me for distracting him! He's gone to buy a new mower now. Mrs Boss is reviewing the life insurance. 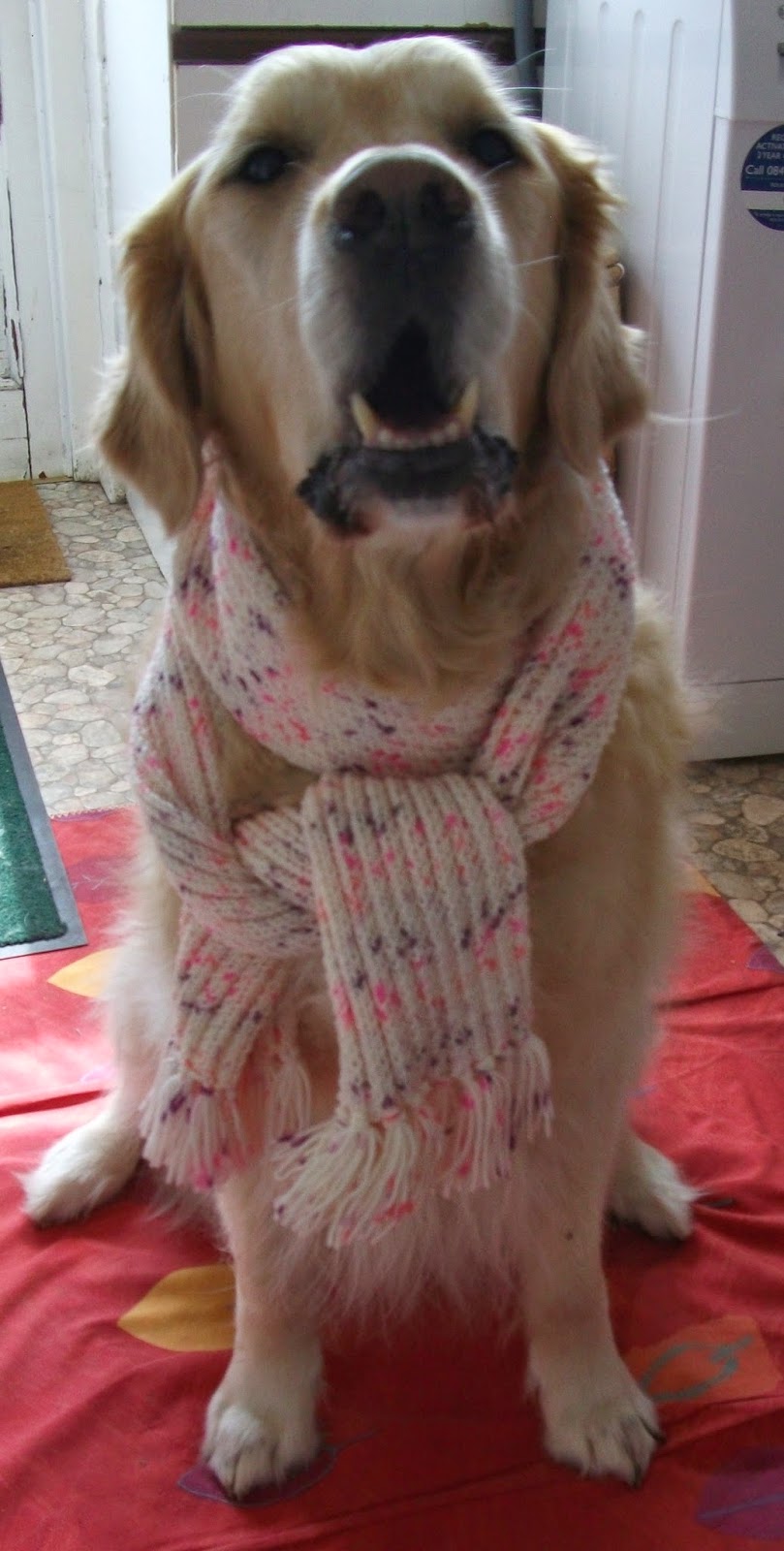 Since the nights began to draw in, Mrs Boss has been knitting. I don't know what's happened to her writing. She says neither does she.

She did have a little piece published for National Flash Fiction Day in June. It's right here.

But she is optimistic about having some writing news next month. It's September, you see, which is one of her favourite months. A time for new plans, she says. And new slippers too. On Wednesday she went to the park in her old ones. Talk about embarrassing. I had to laaarrrrfffff!
Posted by joanne fox at 02:45 18 comments: