My chiropodist told me that I have the feet of a child and I was not made for work. Bless her! Didn't I always know that was the truth?

So to keep my increasing weight off my tender tootsies I'm giving the gardening a miss for a couple of days. I did go a bit OTT after visiting Gardeners' World Live at the NEC last week. There I saw the glamorous Mary Berry from the baking programme, Carol Klein from Gardeners' World and wildlife film maker Simon King.

But the real star of the show for me was the garden created by Birmingham City Council, called Enlightenment. It celebrates a brand new library opening in Birmingham this September. The garden was divided into four sections, each on a different book related theme. The first represents the library itself. The shape of the building, and its design of interlocking circles can be seen in the garden. 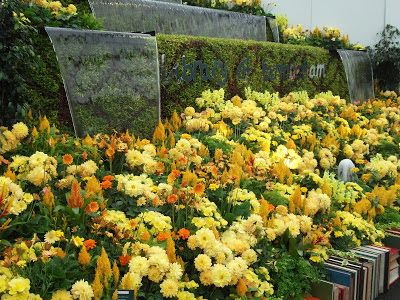 The next three sections were based around the works of Birmingham authors. The first was Benjamin Zephaniah, specifically his poem Nature Trail. 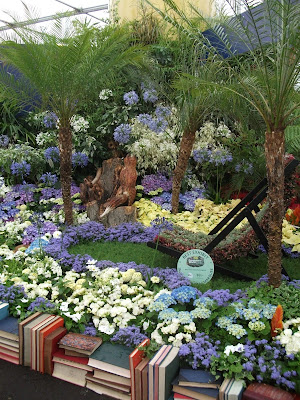 After that came a tribute to Tolkien. Lots of Lord of the Rings fans were posing for photos in front of this one! 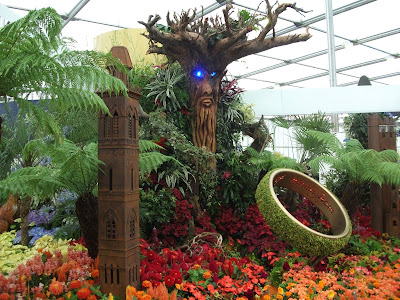 The fourth section reflected the work of Annie Murray, the air raid shelter in the garden representing her novel Birmingham Blitz. 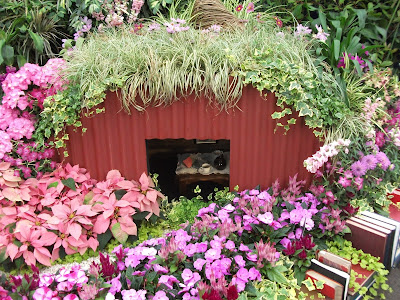 As you can see in the pictures, the edges of the gardens were all lined with books. Totally impractical, but very attractive I thought. 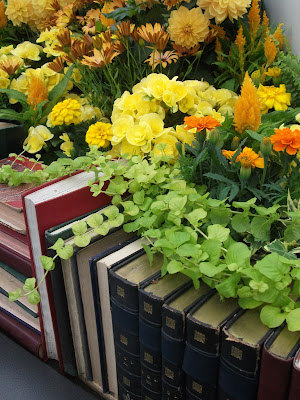 With the distractions of gardening, the French Open, and Wimbledon starting next week, I apologise again for not being around much in Blogland. Hope the sun is shining on you, wherever you are.﻿
﻿
Posted by joanne fox at 07:47 27 comments: