From Paris I went to spend a few days with friends in Kent. What a contrast. From busy streets to green, rolling hills. From crowds to relative solitude. And although the Seine was lovely, in my opinion nothing beats the seaside.


The absolute highlight, I have to say, was visiting Dungeness. Yes, it has a nuclear power station, which, I appreciate, might be off-putting for some people. But there is also one of the biggest shingle beaches in the world and a unique garden made by the late film maker, stage designer, writer and painter, Derek Jarman. For years the book about this garden has been on my shelf and I always wanted to see the place for real. It was almost a surprise when we drove up the long road beside the beach, and I recognised Prospect Cottage, which I'd admired so often in the book's beautiful photographs by Howard Sooley. 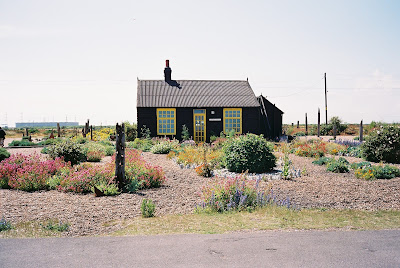 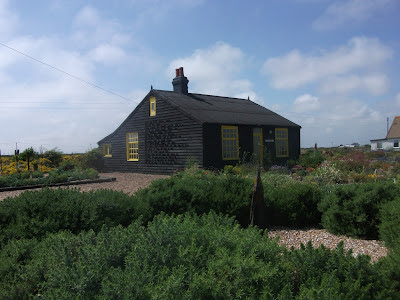 I think maybe there are not so many of the driftwood and metal sculptures in the garden as appear in the book, but you can still see an extract from the John Donne poem 'The Sunne Rising' on the side of the cottage.

Beneath blue skies and sunshine, the place was tranquil. A skylark sang and the waves lapped gently on the pebbly beach. I imagine that in the middle of winter, in a howling gale, it may seem bleaker. In the book, Derek Jarman wrote about a power cut which lasted five days. Ironic, when the cottage is in spitting distance of the power station which remained, he said, "a blaze of light". But what a view to wake up to every morning. 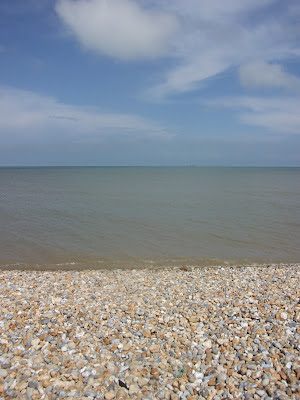 Whereas Paris﻿ was intense, full-on, bombarding the senses from every angle, Dungeness was a much simpler. A pared down kind of landscape. I noticed much more the textures of things. The variety of colours in the pebbles. The clouds passing over the sea. I'd love to go again, whatever the weather.
Posted by joanne fox at 07:03 16 comments:

A change of air (part one): Paris 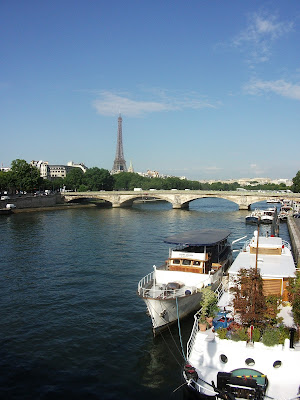 Bastille Day today, so it seems fitting to post a few pics from my holiday. I spent the first couple of days in Paris - and what an experience it was! Loved my first sight of the Eiffel Tower, and the Seine beneath beautiful blue skies.

From there I did the tourist bit and took an open top bus around the city - a lovely, relaxing way to get my bearings. 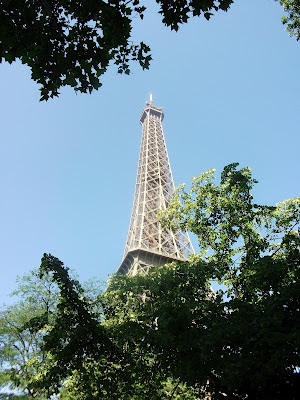 Gosh, Paris was hot, and busy! Lots of traffic. Lots of motorbikes. Also, I have to say, many beggars alongside all the grand buildings and smart shops. Beggars with dogs, cats and children.

But there were many elegant, quiet streets and green spaces too. 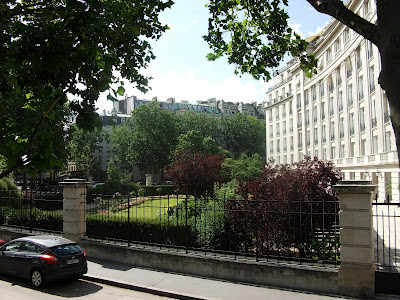 ﻿
With limited time in the city, I decided against tackling the Louvre. Instead I went to the lovely cool and uncrowded Orangerie to see Monet's huge waterlily paintings. Definitely recommended.

Next morning I climbed the many steps up to Montmartre with its cobbled streets and pavement artists. 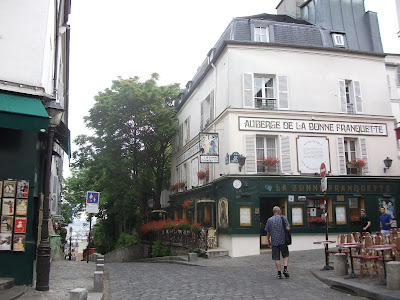 The views across Paris from Sacre Coeur were amazing. So much to see, from the man doing T'ai chi on the terrace, to the hawkers spreading out their glittery miniature Eiffel Towers in the hope of a sale before the Police arrived. 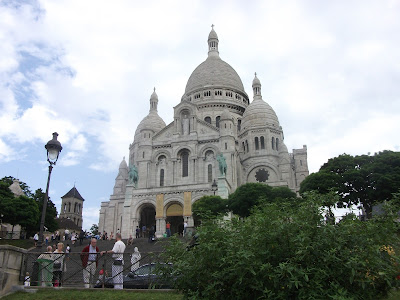 Next time, the second half of my holiday and some very different scenery!
Posted by joanne fox at 07:43 22 comments: