Buds are budding, birds are building, and the cry of the scrap metal dealer is heard once again in the land. Isn't spring lovely?

While I was walking home from the shops this week, a plain white van pulled up beside me. Lost, I thought. But no. The driver said he had a memory foam mattress in the back. Ooo-er! Well, I'm not that kind of gal. He swiftly clarified things by telling me his company had over-ordered. Did I want to buy the mattress to save him taking it back to the warehouse? I declined. When I mentioned this at work, one of the ladies said she'd been in the hairdresser's and a man came in trying to sell a load of duvets. His company, too, had 'over-ordered'. Pardon me for being suspicious, but there's an awful lot of bedding been over-ordered around here lately.

Just before Easter I went with a couple of friends from the writers' group to a talk by author Gaynor Arnold. I really enjoyed Gaynor's first book, 'Girl in a Blue Dress', which was based around the life of Charles Dickens' wife. Gaynor's second novel has just been published, 'After Such Kindness'. Gaynor read two extracts from the book, which focuses on the relationship between Lewis Carroll and Alice Liddell - the real Alice in Wonderland. 'After Such Kindness' is a fictional account of this unconventional friendship, which I think allowed Gaynor to explore the issues in a way she couldn't have done in a biography.

With so many abuse scandals in recent years, we're all on high alert for behaviour that might be defined as 'grooming'. In this context, it's hard not to feel dubious about the exact nature of the relationship between Lewis Carroll and Alice. But was it all genuinely innocent? I have borrowed the book from the library, and look forward to reading it for myself.

Next week sees a Big Birthday for me. Let's have a chocolate! 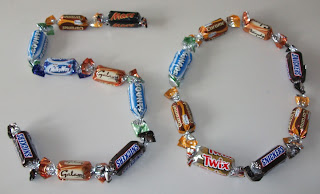