Oooh, look. Last time I blogged, it was Christmas. Now it's summer! All winter I barely wrote a word. My concentration was nil. I wasn't even reading much. Generally, if I'm not reading, I'm not writing either. The one activity seems to fire up the other somehow.

Harvey is still tootling along, albeit at a slower pace now he is approaching twelve. Thank you to everyone who has enquired about him during my absence from the blog. 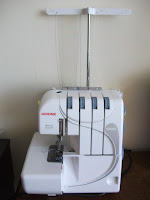 February saw the purchase of my latest toy. It's an overlocker! (If you're reading this in America, you will probably know this better as a serger.) Four spools of thread, two needles, two loopers. Intimidating at first. Incredibly fast compared with the regular machines I've used before. Pretty soon I was rattling away on it, and now my ordinary sewing machine seems slow.

Since then I've done a lot of sewing with knit fabrics, including several of these T shirts, below, adapted from a free downloadable pattern by Maria Denmark. I can run one up for a pound or two if I get to the market early for the best remnants. We'll turn a blind eye to the cost of the overlocker, won't we? 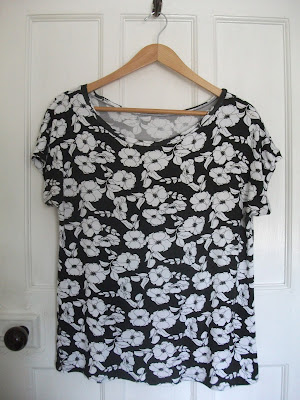 Then I became a bag lady, and made four of these totes. Once I get onto a theme, I seem reluctant to let it go! The blue one is my new writing bag, in case I go to any groups or workshops, and I sewed the red one for my work colleague. I like the fact that I still get to see it every day, and make sure she is treating it right. No heavy vegetables or leaky drinks, please. 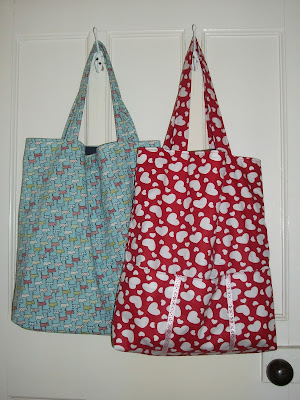 Finally in March I had a sudden urge to begin writing again. I always knew I would, but I refuse to feel guilty if my brain needs to take an extended break for a while. There is so much else to do in life. I was lucky to sell the first story I sent out in this new writing phase, otherwise I may have returned to my mission to overlock everything in the house.

I feel as if the months of frantic sewing were a stepping stone between one episode of writing and the next. There's a difference between how I felt about my writing in the autumn (slightly jaded) and how I feel now (full of ideas and just wanting to get on with it!) So it was time to revamp the blog, with thanks to Keith Havers for the inspiration for the little collage of some places where I've been published.

Even so, all my human endeavours seem very small, when you see what a tiny robin can make using pure instinct and natural resources. Amazing, isn't it? 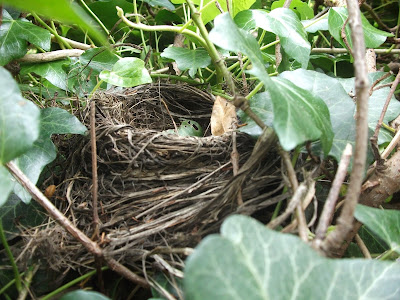 Hello Joanne!
Happy to see your post and know what you have not blogged due to being busy and not due to ill health!
Love the robin's nest and the poppies in your header photo, not to mention your lovely bags that you have made! Well done!

Thank you, Kay. I look forward to catching up with everyone's blog news now that I am back in the groove!

Good to see you back in blogland, Joanne! Your creativity has obviously been put to good use elsewhere - love those bags and top.

Thanks Rosemary. Believe me, I also have my share of creative disasters which I would never display on my blog!

You are doing well by making time for all your creative endeavors. It is often hard to find time for all the things we enjoy.

It certainly is, Arleen. But also satisfying to make stuff,for ourselves or other people.

Lovely to read your post, Joanne, and see these lovely pictures of your beautiful work. I also love those poppies - what gorgeous colours.

Congratulations on selling your story too - fabulous news!

The poppies were at our local railway station, Joanna. Such a treat to come across them unexpectedly.

Hi Joanne, nice to hear from you. I have not been very active here myself lately.
That robin's nest looks like a really sturdy construction - well done him (or her!)
CLICK HERE for Bazza’s fabulous Blog ‘To Discover Ice’

Hi, Joanne, great to see you back on your blog, and I agree that a break doing other creative work triggers the writing and reading area. Now you can write about that lovely sewing and those bags and tops are amazing. Great news about the story, where did it go to?

Bazza, yes it looked really solid, positioned on top of the fence with lots of ivy for support. They nest down there every spring, but I don't know if they use the same nest again. Any ideas, anyone?

Suzy, thanks. The story went to Woman's Weekly and was published last month.

Wow!
Just scanning through the blogs I follow and thought "I wonder if Joanne has started blogging again?" Then I see you've given me a mention. You're welcome, Joanne. Glad you're writing again. Perhaps I should update my own collage.

Yes, but look how look it took me to do my own collage after I asked you about yours! I'm trying to update my profile picture too, but I think I'll be another year older by the time I get one I feel happy with. Happy blogging.

It's lovely to see you back and hear that Harvey is still tootling along and you're full of ideas!

Great idea for the collage xx

Thanks Teresa. I do love my overlocker! Hope you are still managing some sewing too. x

Hello, Joanne. I've jumped here with Susan Jones' blog. I SO wish I'd paid attention in sewing lessons. Your stuff is incredible.

Hi Julia and thanks for visiting. It's never too late to start sewing, and tote bags are really easy for beginners. Once you've done one, you dream up all kinds of variations! It's a bit addictive, though.

So pleased to see you back, Joanne. What a great post! I know what you mean about reading and writing going hand in hand. I had lost the urge to read and write earlier in the year due to life taking me on a path I didn't want to be. Luckily I am back - reading books faster than ever and writing with a smile. Still waiting for that short story magazine break though. Send me a little lucky dust, will you? Preferably all sewn up in one of your fantastic bags :) Wishing you all the best.

Hi Nicola. Life does that to you sometimes, and it can take a while to get your equilibrium back. Glad things are better now. Your break will come, I'm sure. You just have to be persistent. Here's a sprinkle of dust - we've plenty of that here - but I can't vouch for the luck!